On the 4th April 2022 our class the 6c went on a classtrip to a beautiful city called “Kappeln”. Kappeln is near the Baltic Sea. The bus was really clean! And the bus ride was fun. When we arrived we made our beds and went on a walk through” Kappeln Altstadt” and ate dinner. We also played werwolf. On Tuedsday we walked to the smallest city in Germany which is “Arnis”. We went to the local bakery there. After we left Arnis we explored Kappeln Altstadt and some of us sent a postcard to Essen. On Wednesday we drove to the Viking museum. It was very interesting and we learned a lot. There was also an awesome ice-cream machine! After the museum we went to the beach in “Eckernförde”, it was chilly outside but still fun, we purchased sweets and chocolate. The best food though was the fish sandwich. When we arrived back in the guest house we played jeopardy. On Thursday we went to the Altstadt again and explored more and finished jeopardy. Then we had a disco night. It was amazing. On Friday we gave the guest house the bed sheets back and packed ours suitcases. Then we went to the bus and were 6 hours in a traffic jam. Overall the classtrip was amazing. 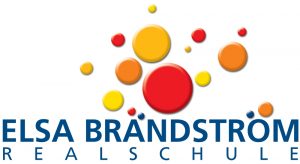